When planning a holiday to Europe, one is likely to schedule an itinerary of historical and cultural sites. When in Rome, you'll want to see the Colosseum, and those headed for London will want to take in Big Ben and Buckingham Palace. However, for the amusement park enthusiast who believes America is the primary home of thrill rides, there are several options aboard for getting your rollercoaster fix. It's common knowledge that Disney has a park in France, yet that isn't the be-all and end-all of theme parks in Europe. Let's look at five other favorites.

Alton Towers: As the second most visited theme park in Great Britain, and the eleventh overall in the continent, Alton Towers in has entertained visitors for over thirty years, though the grounds have served as the base for various amusements and gatherings since the 1860s. Alton Towers is known for its twisting coaster rides like Thirteen and heart-stopping drop rides like X-Sector Oblivion, plus a combination cruise and tour ride based upon the popular Charlie and the Chocolate Factory. 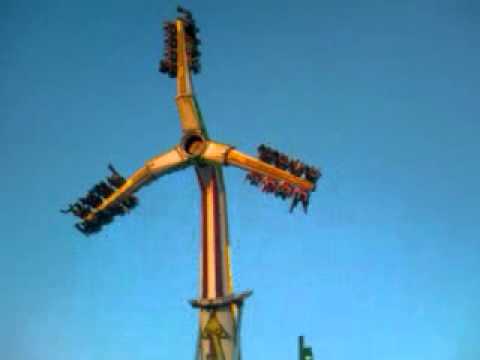 Phantasialand: Situated in Bruhl, in the North Rhine region of Germany, Phantasialand brings a taste of different civilizations, with themed pavilions dedicated to Old World Mexico, the American Wild West, and Ancient China. Thrill rides enjoyed by the near two million visitors annually include the inverted coaster Black Mamba and a mine train coaster called Colorado Adventure.

Kongeparken: Translated to mean "The King's Park," Kongeparken is one of Norway's largest tourist attractions and features bears as the major mascots (as opposed to a tuxedoed mouse). This is because Norway was the first country on the continent to introduce teddy bears - an American creation - to Europeans, and at the King's Park visitors enjoy as many as fifty rides and exhibits that tie into this theme.

Bobbejaanland: Bobbejaan Schoepen may very well be the Walt Disney of Belgium. He opened the theme park that bears his name fifty years ago, and today it remains one of the most popular parks on the continent. Built originally as a venue where Schopen could perform his musical acts, Bobbejaanland features numerous coasters and water rides and other high-speed thrills.

Gardaland: Italy's most popular amusement park is also one of the most visited in all of Europe. Each year nearly four million visitors come to challenge the inverted Blue Tornado coaster and the corkscrews of Magic Mountain.

If you've come to Europe seeking adventure, you just may find that and more at any of the continent's themed parks. Take a day in between visiting monuments for some exciting family fun.