These parks clearly are not all the same in their intended audience, ambience and attractions. Unless you are visiting SoCal for at least a couple of weeks, you likely will not have the time to visit all of the parks, so here is a brief discussion of their unique characteristics and differences.

We begin with the southerly amusement parks. Sea World is fun for anyone, but folks with a particular interest in animals and the marine world especially will love this park. There are activities, amusement kiddie rides and shows for young children as well as for older kids and adults. If neither you nor your kids are into ocean life, this park will not be at the top of your list. 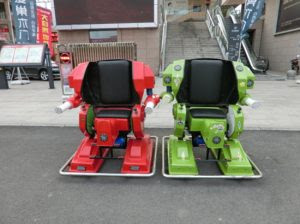 Next up the coast is Legoland. This amusement park is easy to figure out; it is designed for smaller children. There are some activities for older brothers and sisters, but it's for the little ones. It includes quite a few educational attractions, making learning fun.

Up in Orange County we find the Dynamic Duo, Disneyland and Disney's California Adventure. Disneyland is a must-visit for anyone of any age if you've never been (even if you've been to Florida, you must visit the Granddaddy of them all). The one area where other amusement parks shine brighter is in thrill rides; Disneyland does not offer the roller coasters you'll find at Knott's and Six Flags. 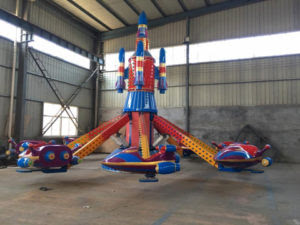 Disney's California Adventure is the newer park, directly across from the entrance to the Magic Kingdom. It is quite different in its feel, with an emphasis on bringing the guest a taste of the many parts of California. The park is in the middle of a billion-dollar renovation that will bring more charm to the place. They will put more emphasis on the California encountered by Walt Disney and brother Roy when they came out early in the 20th century. Also, the Pixar characters are taking over the place, which is sure to enhance its charisma and fun quotient!

Knott's Berry Farm is the oldest of the amusement parks, having literally grown from a roadside berry stand and chicken dinner restaurant. Now it is home to the Peanuts comics clan, including Snoopy, Charlie Brown, Lucy and the rest. It is also home to some very cool roller coasters-it's better than Disneyland if you are traveling with thrill ride lovers.

Up to Hollywood we go, dropping in on Universal Studios. This amusement park has a number of action rides like the rides in WWW.bestonamusementparkrides.com/, and the studio tour of course, but nowhere near the amount of action you'll find at Knott's or Six Flags. Universal Studios Hollywood has an emphasis on shows-great shows, by the way, but not quite as many riding attractions. It does offer close up access to many characters from Universal-related movie and TV programs. You'll find a bunch of the Marvel Comics people there, like Spider Man. This park will be somewhat less wonderful for very small children, especially on a hot summer day. 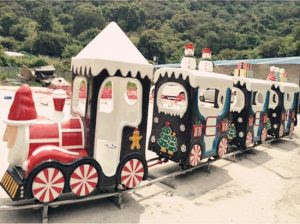 Finally we arrive at Six Flags Magic Mountain up in Valencia. This place is known for two things, thrill rides and the Warner Bros Loony Tunes characters. You'll find Bugs Bunny, Daffy Duck, Yosemite Sam and their friends in various places around the place. So this amusement park has small children pretty well covered. There are nearly 20 serious thrill rides for older kids and adults. Final suggestions: Disneyland for anyone of all ages unless thrill rides are your life; Legoland, Knott's and Six Flags for small children (also Sea World if you love critters and the ocean world); Knott's, Universal Studios and Six Flags for older kids and adults.

Michael Key has written about a variety of technical and travel topics for three decades. For more information on SoCal amusement parks check out the SoCal Vacation Guru website at http://bestonamusementparkrides.com/.